This month has been crazy but the worst has been the planning for my German friends to come visit! They booked their trip to Chicago to visit me exactly one day before my company transferred me to Dallas. What was originally a trip to visit my home turned into a big ordeal as we all had to book hotels and book additional flights.  I was incredibly nervous since it has been years since I have seen my friends but also because paying to fly to the US is no small trip. They are spending two weeks touring the American Northeast and the first stop was me!

After two days of Pinterest, blogs, and manic Google maps lists I finally settled on an itinerary for our small group! It should be noted that as a former resident and social media obsessive I planned things that were a bit “local” and would provide stunning photos.

I flew in from Dallas around 1:30pm and arranged and planned all transportation to and from the hotel. There is nothing that gives me more panic, other than an empty bank account, is getting lost when I have to lead others! At this time the train between terminals at O’Hare is being renovated; that means busses from Terminal 5 to all other terminals was required and added about 30min to our travel plans. From Terminal 5, International Arrivals, to downtown Chicago took about 1 hour and 30 minutes and cost $5 each. My friends actually took advantage of the 3 day pass which you can purchase at the airport (and at any CTA station) for $20.

It’s central location made it a great choice for visitors wanting to stay in the city. One of the oldest hotels in the city it has a lot of vintage charm including plush carpet, ornate decor, and small rooms.

This is one of many downtown hostels and is located close to the Magic Mile and heart of downtown shopping and restaurants. I’ll make another post in depth but for a bed in a 4 girl room cost $50 a night, came with breakfast and lots of quirk. To me it a perfect mix of old and new Chicago vibes.

After airplane and airport food for 16 hours I knew that the first stop would have to be food. When in Chicago you have to have a Chicago dog or deep dish pizza. Coming from a land with epic sausage, I felt pizza was truly a more iconic start to Chicago (both had no idea what deep dish was so perhaps not as iconic to non-Americans). Lou’s was my choice purely because location. To a Chicago native this might sound sacrilegious but I have no deep dish preference so Lou’s, Giodarnos, or somewhere else. When they saw the pizza Fabian said, “Isn’t this a normal American pizza?”. In Germany the pizzas are extremely thin compared to the US. Their tourist rating was, 4 stars. My friends found it delicious and typically American, what more could you want when you come to the US?

After so much pizza we chose to walk it off. They are the real champs because if it had been me, I would have gone to bed then! We took the blue line up to the start of the Magic Mile to see downtown Chicago by night. It was stunning. With empty streets and night lights all of us can say that it was a superior experience compared to daytime. By night we were able to take some great pictures without too much tourist interference and we’re also able to communicate clearly because noise levels were light. We ended walking about 2 miles from the water tower to the hotel in a perfectly lovely summer evening. On my return trip I saw some stereotypes of my former home as young men waited outside my train station to hassle others and tons of homeless people getting ready to sleep for the night. The police were even called to remove someone from my train in the 4 stops it took from their hotel to my hostel. That being said, all of the negatives were truly harmless and I never felt unsafe.

After living in Chicago and walking around Wicker Park for almost 2 years I still had not had brunch in the Bongo Room. I am game for anything tiki and since this trip was for my friends to see the city but also my lifestyle I had to take them to one of the top 10 brunch spots in the city.

Wicker Park is also one of the coolest places to in Chicago if you’re into the hipster lifestyle. There are sleezy bars, artisanal icecreams, and bookstores that sell cocktails here. If you want quirk, this is the easiest place to find your quirk. After a huge brunch and maybe 10 cups of coffee (free refills are an amazing thing about American diners) I took them on a walk throughout the neighborhood. Unfortunately, my friends were being very budget conscious and decided not to enter any shops and they were more in the mood to run through the city to see it all! In turn I took them through a walk starting in Wicker Park and north to the Chicago Mural. On this walk there is tons of fantastic street art which makes it the perfect walk for your social media conscious friends.

Make sure to get here early as it’s actually a parking lot! We were very fortunate that the only car parked there left as soon as we arrived. It was actually my first time to see this mural up close and is definitely a must have photo for those who probably won’t be returning to the city any time soon.

I am in general against zoos but the Lincoln Park Zoo is free and is actually a perfect location to see some natural beauty of Chicago. From the Chicago Mural, I ordered us an uber (approx $10) to head over to Lincoln Park Zoo. We could have taken public transportation but I believe it was a 3 transfer trip and over an hour and uber was just more efficient. The drive there you can see typical Chicago architecture in the residential areas which my tourists thoroughly enjoyed as it is a very American look.

Lincoln Park Zoo is surrounded by statues, tons of park land, walking trails and nature which means it’s a great destination to get some fresh air. Personally, I prefer going to the arboretum which I believe is a free but donations requested. My friends decided to steamroll through the zoo to get to the other side which is what we were actually there for. At the opposite side of the zoo is a view of the city which may be my favorite view of anywhere.

After a mini photoshoot, it was a bit of walk through the park towards the beach. That’s right Chicago has beaches! Lake Michigan is a highlight for locals and tourists a like as it is huge, sandy, and provides tons of family friendly activities. Personally, I was raised not to trust freshwater bodies but my friends adored a beach walk and left with them with a positive impression of the city.

By mid-afternoon we hadn’t eaten anything and had walked about 5 miles. Luckily, the whole city is very connected and from the beach is was a direct walk to the Magic Mile and to whatever we wanted to see in the city. At this point I gave my friends a choice of the Signature Room on 95th or Starbucks. The Signature Room is known for having the best view of the city in the women’s restrooms! For budgetary reasons we chose to head towards Starbucks in Uniqlo because it is ranked as one of the most beautiful Starbucks in the nation. Personally the view and decor of this Starbucks is one my favorites in the world.

After a short coffee break and once again enjoying the American spirit of free refills we headed back out to go shopping. As with anywhere in the world, American goods are cheaper here stateside, so we took advantage of a few shops in the neighborhood. We took the same walk as the night before up the Magic Mile towards Millennium Park. In the daytime the Magic Mile was packed and even had protesters which lead my friends to prefer it at night time than day.

Millennium Park is a must see for any tourist. It has the iconic bean, outdoor eateries, an outdoor amphitheater, museums, etc. This park could be used as a quick see all if you don’t want to explore the harder to find spots in the city.

Before I headed back to my hostel we headed to Epic Burger. This burger joint is not any “must see lists” but on google maps it was top rated in the neighb

orhood. I cannot recommend this enough! Epic Burger is a very simple burger joint where you can literally point at the menu (with pictures) to create your dream burger. I enjoyed a Beyond Meat burger (VEGAN) and fries and it was the general conclusion that is a perfect American meal.

The very last night in Chicago I spent hours on the phone trying to rebook my friends on American because of the hurricane going through Charlotte which would have left my friends trapped in a foreign city in the middle of a hurricane. Luckily I was able to get the rebooked to a direct flight to DC, their next destination.

The trip to O’hare cost $2.50 to O’hare and took about an hour with one transfer from Red to Blue line from the Congress Hotel. The blue line ends at O’hare which is efficient and straightforward when going to and from the airport. We finished with breakfasts from the Great American Bagel Shop which is my top cheap breakfast choice at the airport other than Burrito Beach. Stick with Dunkin’ for quick coffee!

I’d like to finish this blog with links to my google maps I used to list my favorite ideas. I have raved over and over again how vital google maps are to my travels and I won’t stop. The two lists I used were “Chicago Visit” and “Chicago Murals” to try and meet any needs that might need to be met.

Here is a list of what didn’t make the cut on my itinerary and why:

There quite a few other places that were ignored only because we walked most of the city and they weren’t in direct route with the other must see places. 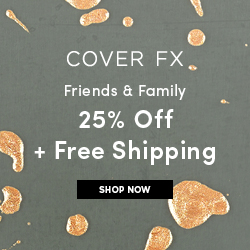 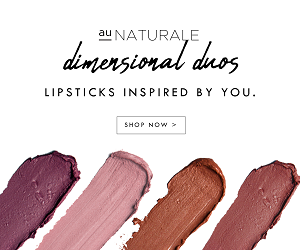